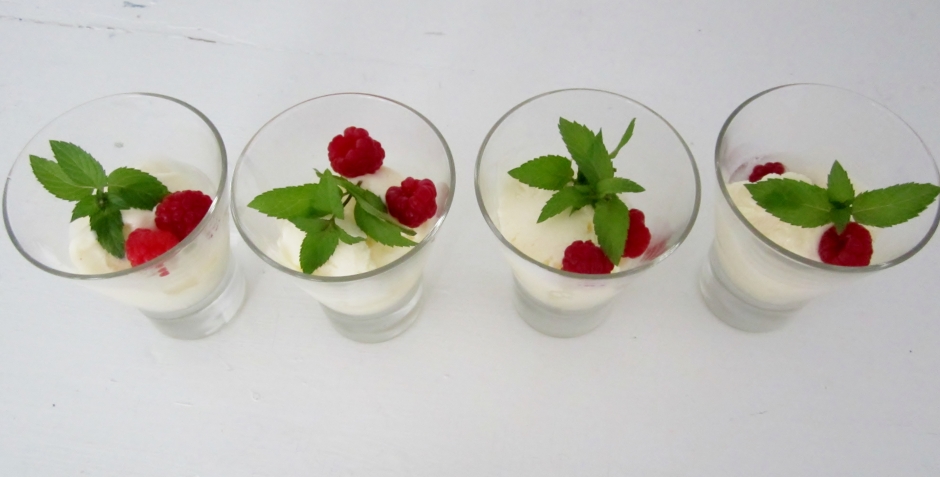 To compensate for last week’s excessively long post – I’m doing an excessively short one here. With an equally short recipe. Hardly a recipe at all. Just two ingredients. And I didn’t even think of them myself. The ‘recipe’ for lemon gelato with vodka comes from Elizabeth Bard’s charming book, Lunch in Paris. It’s probably the best dessert I’ve had all summer. So good I’m having it again tonight.

Lunch in Paris is a memoir of Bard’s life as an American expat in Paris. I don’t know why there are SO MANY memoirs of life in France. You would think publishers would say, “NO, my goodness, NO – not another memoir about life in France!” But apparently, they don’t say that. And I have to say – I buy them all thereby proving their point. This year alone, I’ve read two – David Lebovitz’s The Sweet Life in Paris, and Bard’s Lunch in Paris. Both are foodie memoirs with recipes. Both make me want to live for a while in Paris. Both make me hungry.

Bard made this dish with lemon sorbet. My small local grocery store didn’t have any. They did, however, have Haagen-Dazs Limoncello Gelato. I promise you, Haagen-Dazs is NOT sponsoring me – though I really wish they would.

If you’re a purist (I am only an occasional purist) make your own lemon sorbet or lemon gelato or even lemon ice cream. If you’re in a hurry and have to tend the garden, mow the lawn, go to work, attend your daughter’s triathlon, and pack for a trip – use any good quality sorbet or gelato.

Make this dessert. Really. Serve it to friends. Everyone will swoon.

Place a couple of small scoops of the gelato or sorbet in small glasses. Pour on the vodka as you see fit. Garnish with whatever you want – a lemon twist, a couple of fresh raspberries, fresh mint leaves, etc. Serve. Swoon. Repeat.